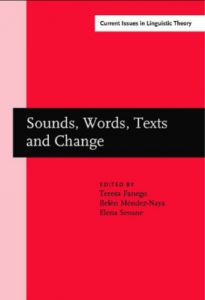 Researchers at a Spanish university selected examples of my preaching as data which they analysed in their research  on “Style evolution in the English sermon”.

My work was among that of ten late 20th century authors. Other preachers included a former Archbishop of Canterbury, George Carey, and Dean of Christ Church Cathedral, Oxford, Martyn Percy.

The researchers, Claudia Claridge and Andrew Wilson compared our sermons with earlier writers from the 17th, 18th and 19th centuries. Their study demonstrated that today’s preachers are abandoning the more ornamented rhetorical style in favour of plain English.

Not before time, really. But it’s encouraging to know others think I’m on the right track. The research took place at the University of Santiago de Compostela.